Can You Sleep on LSD?

Trying to fall asleep on LSD can be frustrating, and LSD is a long ride. If you have taken LSD, it's best to plan on staying awake for at least 12 hours.

If you're awake now on LSD, this article won't put you to sleep but might contain something that can put your mind at ease. For starters, not sleeping on LSD is normal, and it's best to try to make the most of the time or keep your mind occupied.

Both sleep and LSD are areas of study science doesn't understand extremely well, and how they interact is also not entirely clear. But read on to find out why you can't sleep on LSD and how other substances can affect LSD and sleep.

What to Do if You're Tripping on LSD Now and Can't Fall Asleep? 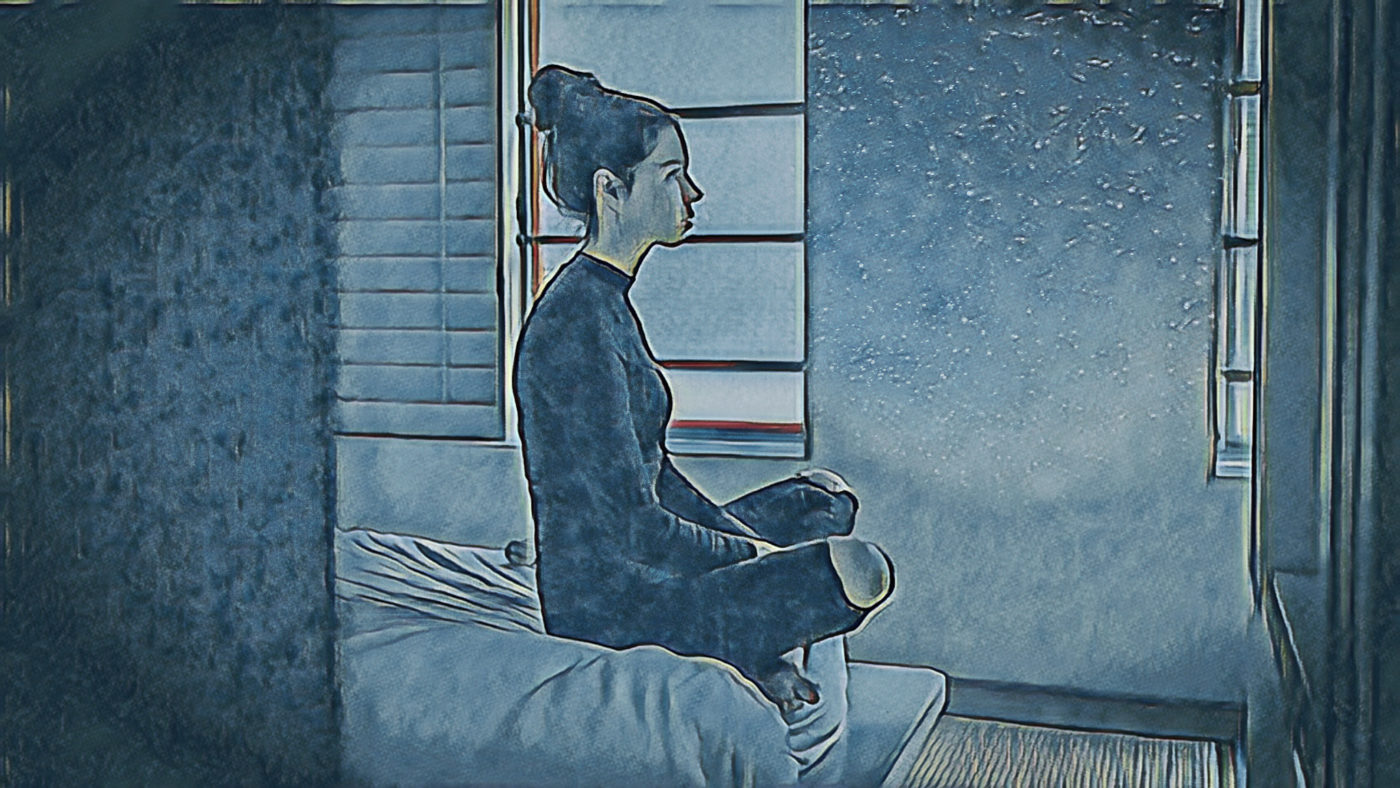 Don't punish yourself for not being able to fall asleep while tripping. To fully appreciate LSD and avoid bad trips, be patient. We suggest that you make your bed and do something else until you are ready to sleep.

Why Can't You Sleep on LSD? 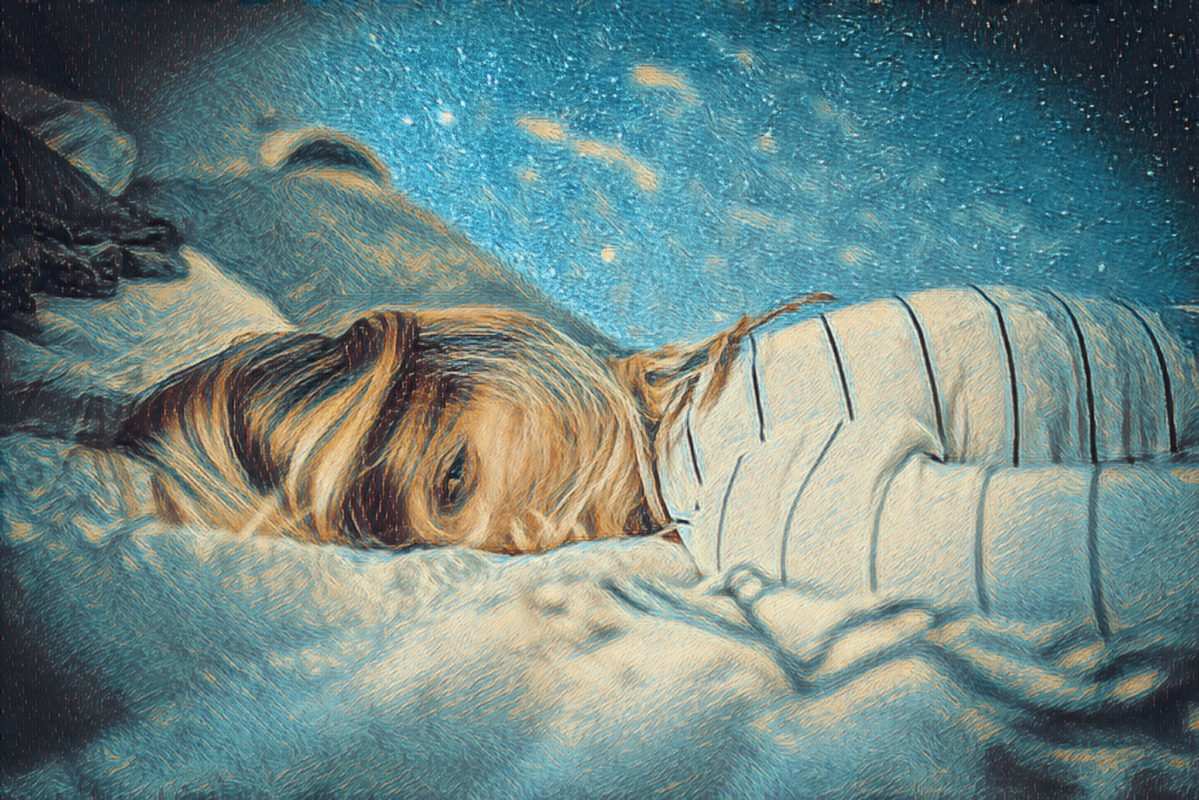 LSD is typically classified as a hallucinogenic drug, which means its effects are about changes in perception. In contrast, drugs like methamphetamine, cocaine, or caffeine are stimulants that tend to speed up body processes.

We expect stimulants to keep us up all night, but LSD isn't a stimulant. So why can't you sleep?

LSD has effects that make it seem like the "flight or flight" part of our nervous system is active. Examples of these effects are increased heart rate, body temperature, blood pressure, and massive pupils. LSD has also been shown to increase levels of adrenaline and cortisol, the so-called "stress hormone."

Many of these effects are seen in other psychedelics, although LSD, in particular, binds to certain receptors like 5-HT1a, which can produce stimulating effects in rats. LSD also interacts with receptors other psychedelics don't typically bind with that - producing adrenaline (α1-adrenergic) and dopamine (D2) which can keep energy high.

Psychedelics and sleep are connected to each other through serotonin, a neurotransmitter related to mental health, in a variety of ways. How serotonin works is complex, but it plays a role in our mood, learning, memory, reward, and conditions like depression or anxiety.

Exactly how serotonin relates to sleep is a complex topic. In fact, it is amazing how unclear our understanding of sleep is in modern times. We know it is essential to vibrant health and that serotonin levels affect our sleep cycle. We also know that conditions like depression can affect sleep, and drugs like anti-depressants which work on serotonin, can not only change our moods but also alter sleep patterns and depth.

If things weren't complex enough - enter psychedelics like LSD, psilocybin, DMT, and others which are called" serotonergic" because they change how our bodies use serotonin.

The study of serotonin is related to a receptor in our bodies called 5-HT2A, where serotonin can send signals through our nervous system. How exactly these compounds in our body turn into a psychedelic journey or a good night's sleep is still fairly theoretical. But, it seems quite clear that serotonin is one key to understanding altered states and their relationship to mental health.

If you are microdosing LSD, all of the above information is a good reason to be mindful of what time of day you take your microdose. We don't have enough data about microdosing and sleep yet, but it is currently being studied. However, there is some older research about LSD and sleep.

The research into LSD and sleep is with microdoses of LSD given to cats to study how it affects these parts of the sleep cycles. The scientists microdosing cats were done in the 70s and unsurprisingly found LSD increases wakefulness and generally decreases REM and NREM sleep.

When it comes to microdosing and LSD, timing, self-awareness, and experience are the keys to preventing sleep irregularities. Therefore, most people take microdoses in the morning so that they can fall asleep quickly at night.

How to Sleep on LSD: What Can You Do to Calm or Stop an LSD Trip? 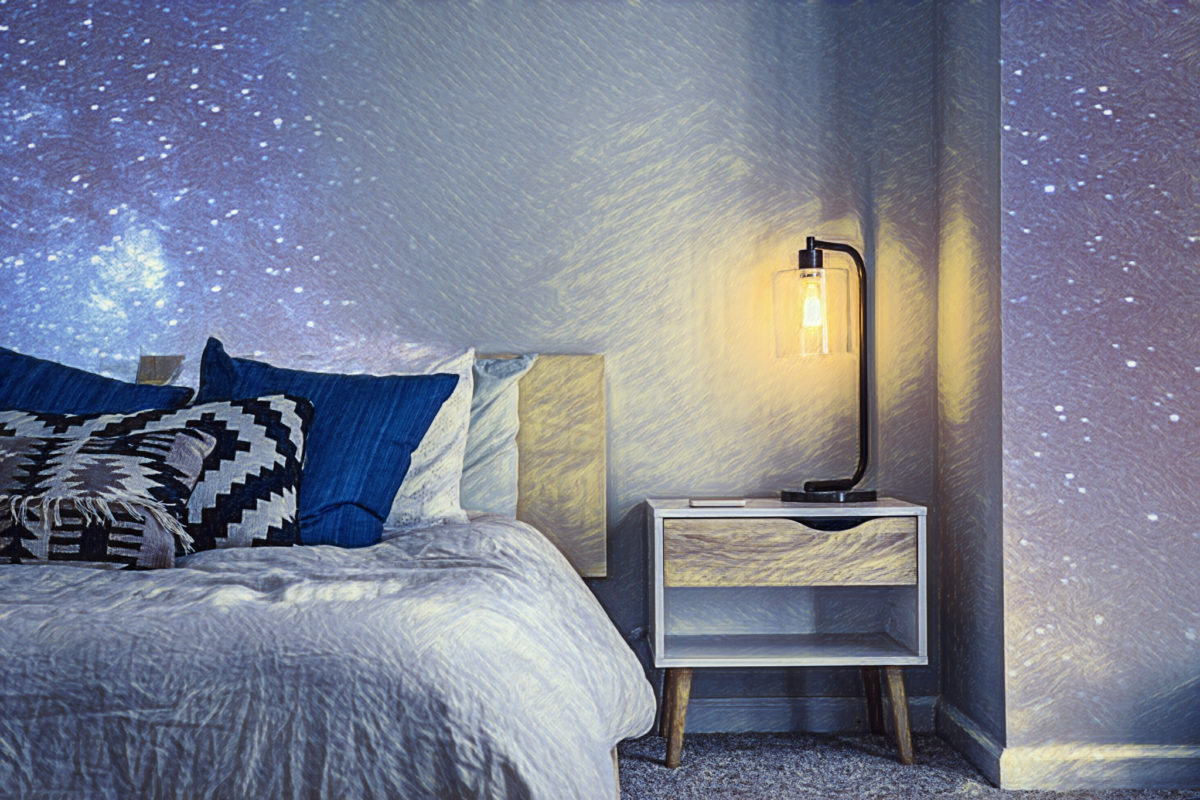 We realize that if you are wide awake on LSD, our rambling about how complex and mysterious sleep and psychedelic science are isn't helpful. The best remedy is finding ways to relax, and it is also worth noting that uncomfortable sections of an LSD trip are part of the experience. A good set and setting, an experienced trip sitter, or even peer support lines like Fireside should take priority over trying to take substances to stop a trip.

There are also so-called "trip-stopper" products, which are usually compounded to calm the nerves, but we couldn't find any sources confirming they can stop a trip. Below we highlight some of the ways to relax or anecdotes of how others have stopped trips.

Please note that the following information is only here for informational and harm reduction purposes. Drug interactions and individual body chemistry are complicated. Decisions to take more or different substances should be made while sober, ideally with a professional.

Can you Stop an LSD Trip with Benzos?

In extreme situations, like someone in psychosis at a hospital, an LSD trip can be stopped by the administration of various drugs, the most common being benzodiazepines or "benzos."

Examples of benzodiazepines are Valium and Xanax, medications used to treat anxiety or insomnia. These compounds interact with receptors known as GABA, which has a calming effect. While it is rare, benzos are administered in an attempt to mellow or even end a trip. As we mentioned, LSD has some stimulating properties which benzos can counteract nicely.

There are a few anecdotes online of people having these drugs on hand to avert bad trips or to take the edge off a comedown.

We do not recommend using this method. In case of an emergency, call 911, Fireside or get in touch with your medical provider.

Can Niacin End an LSD Experience?

Another long-standing remedy for a bad trip has been a large dose of niacin or vitamin B3. A short piece published by Abraham Hoffer talks about injecting a patient with 100 mg of niacin and having the effects of the trip stop within minutes, but this has not been formally studied and is still just an anecdote.

Also notable at high doses of B3 is the "niacin flush," which makes people's skin turn red, itch, and burn - maybe not the best sensations while tripping, and that is why we do not recommend using this method as well.

Can Valerian Calm an LSD Trip?

A final and very anecdotal method for calming down an LSD trip and perhaps falling asleep is taking valerian root (Valeriana officinalis).

This herb is taken by many to reduce anxiety and help with sleep. In fact, it has been used for centuries as a sleep aid and is generally what is included in "trip stopper" products.

While there is some research on valerian, there isn't a common consensus on how it works. However, certain compounds in valerian called valerenic acid and valerenol seem to work on GABA receptors for a calming effect. But, like taking any substance, there can be side effects, so it is best to do a bit of research before combining this with a psychedelic.

The Bottom Line: LSD and Sleep 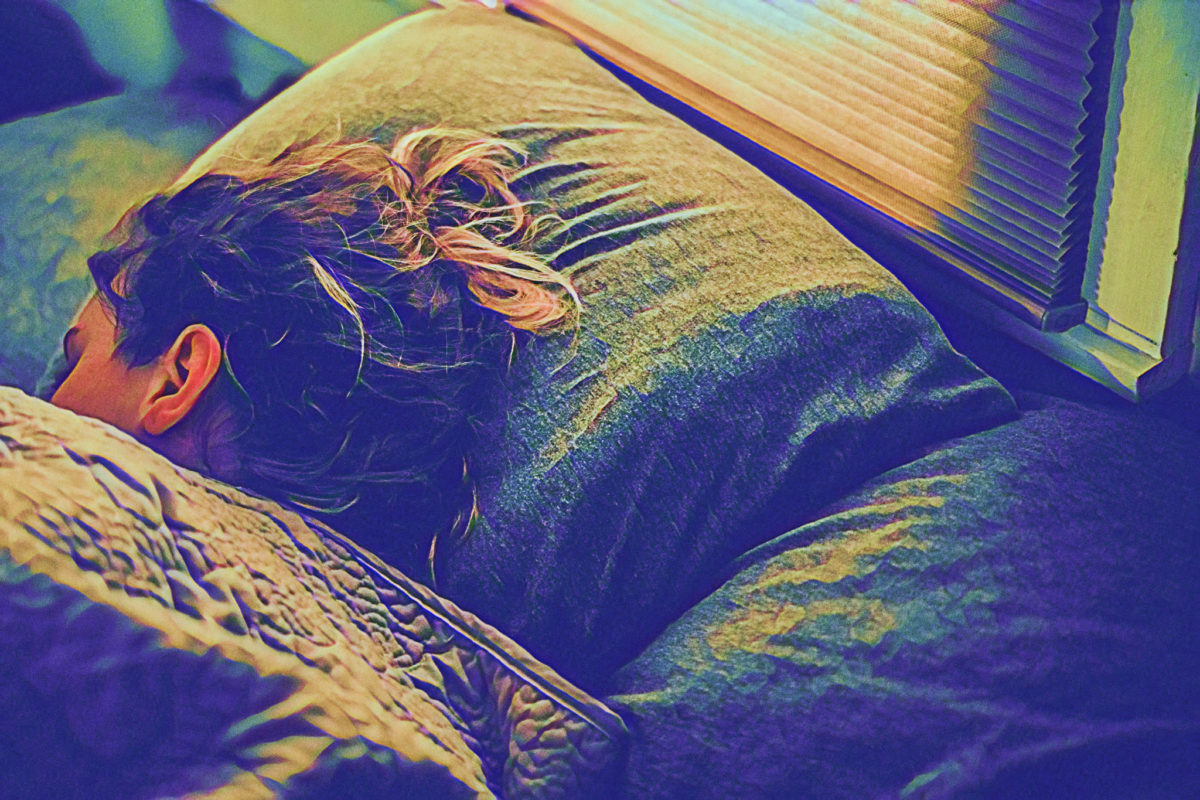 Still awake? Remember that no matter how frustrating or difficult a trip can seem, it is always temporary. You can try checking out activities to do on psychedelics to make the most of LSD or watching a movie to relax.

If you are planning an LSD trip, make sure you plan your timing right, select a suitable dosage, find a friend who can be your trip sitter, and create the best set and setting possible.

While having some of the trip stoppers mentioned above can be a good piece of mind for some, with the right intentions and plan, handling an intensive 12-hour psychedelic LSD ride is definitely possible as long as you stay mindful and safe.