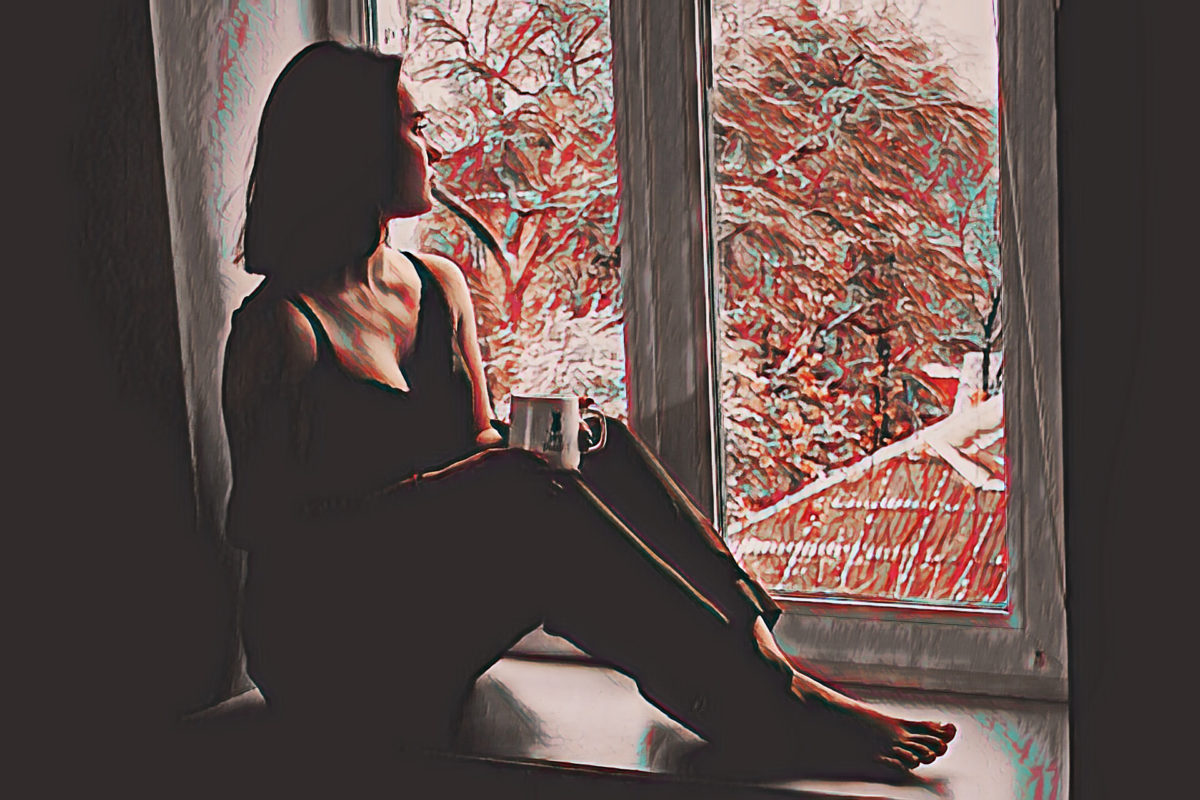 Post-traumatic stress disorder (PTSD) develops in approximately 6.8% of US adults and 7-8% of young adults in the UK. PTSD is characterized by persistent and frightening thoughts of the traumatic event(s), sleep problems, numbness, and detachment from other people and events, leading to depressive features. When a person has PTSD, they are in a state of constant hyperarousal, nightmares are common, and jumpiness is frequent, as is the persistent negative thinking or rumination of the trauma experienced. PTSD is associated with a wide range of difficulties, including work-related, social dysfunction, and physical health problems.

How is PTSD Currently Treated?

There are only two antidepressants approved for the treatment of PTSD, Zoloft and Paxil. Other forms of intervention include psychotherapy techniques of cognitive (talk) therapy, exposure therapy, and eye movement desensitization and reprocessing (EMDR). Only 20-30% of PTSD patients achieve a complete remission with antidepressant treatment. Patients who have psychotherapy respond better, and those treated with psychotherapy and antidepressants have the best response.

Why Choose Psychedelics to Treat PTSD? 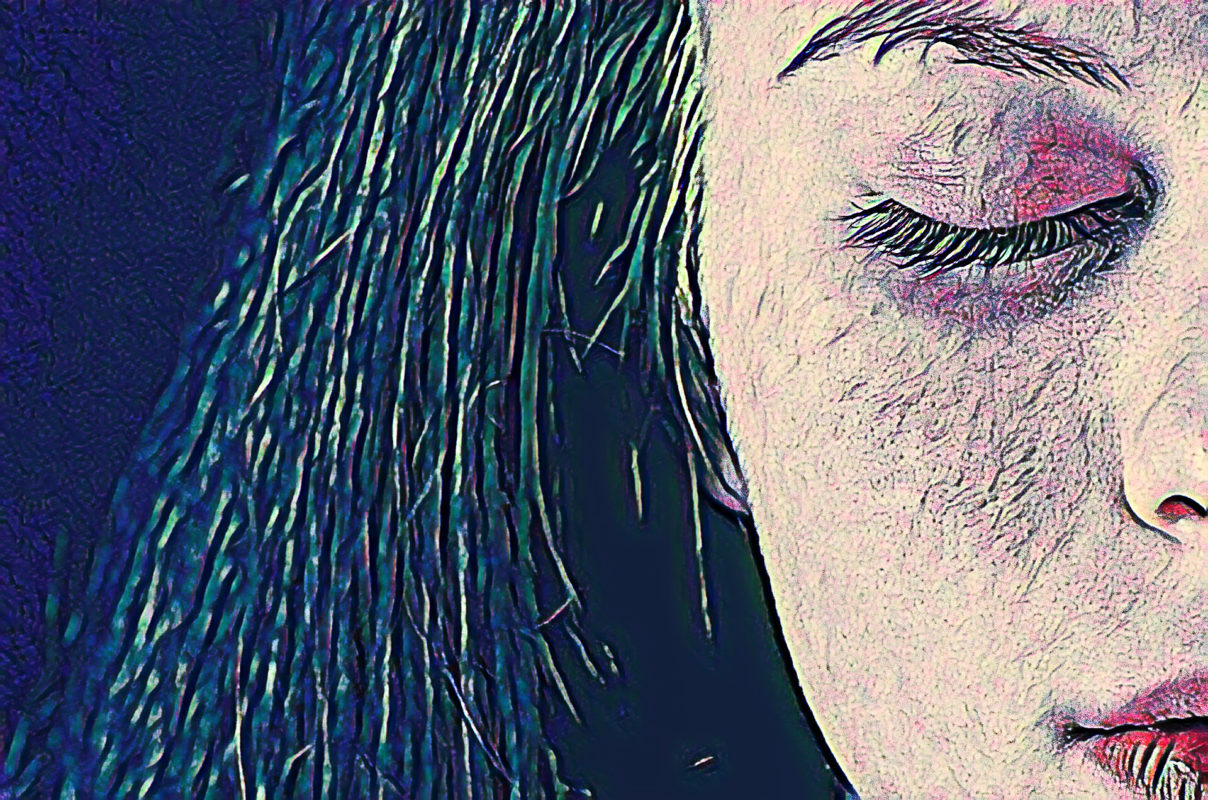 Psychedelics have recently experienced a surge in research into mental health disorders. Although current PTSD therapy is not very effective and psychedelic research shows the benefits of these chemicals in depression, their use in PTSD is now being questioned. Researchers think that the receptive state of mind under the influence of psychedelics provides an opportunity to help people escape from rigid thought patterns, thus breaking the negative thought loop that so many PTSD patients find themselves in. It is estimated that the best therapies don’t help 30-40% of the PTSD patient population.

Potential of Psychedelics in Treatment of PTSD

Because of the limited effectiveness of combined drug and psychotherapy treatment, the National Institute for Health Care and Excellence has recommended exposure-based psychotherapy for the first-line treatment of PTSD. But after multiple sessions of psychotherapy, PTSD remains a chronic illness with psychiatric and medical comorbidity.

For some patients, psychotherapy may pose difficulties with emotional detachment, fragmentation of trauma memories, or the inability to tolerate the exposure treatment leading to nonresponse and treatment dropout. The use of psychedelics in psychotherapy-assisted therapy for PTSD may pose a way around some of these challenges. 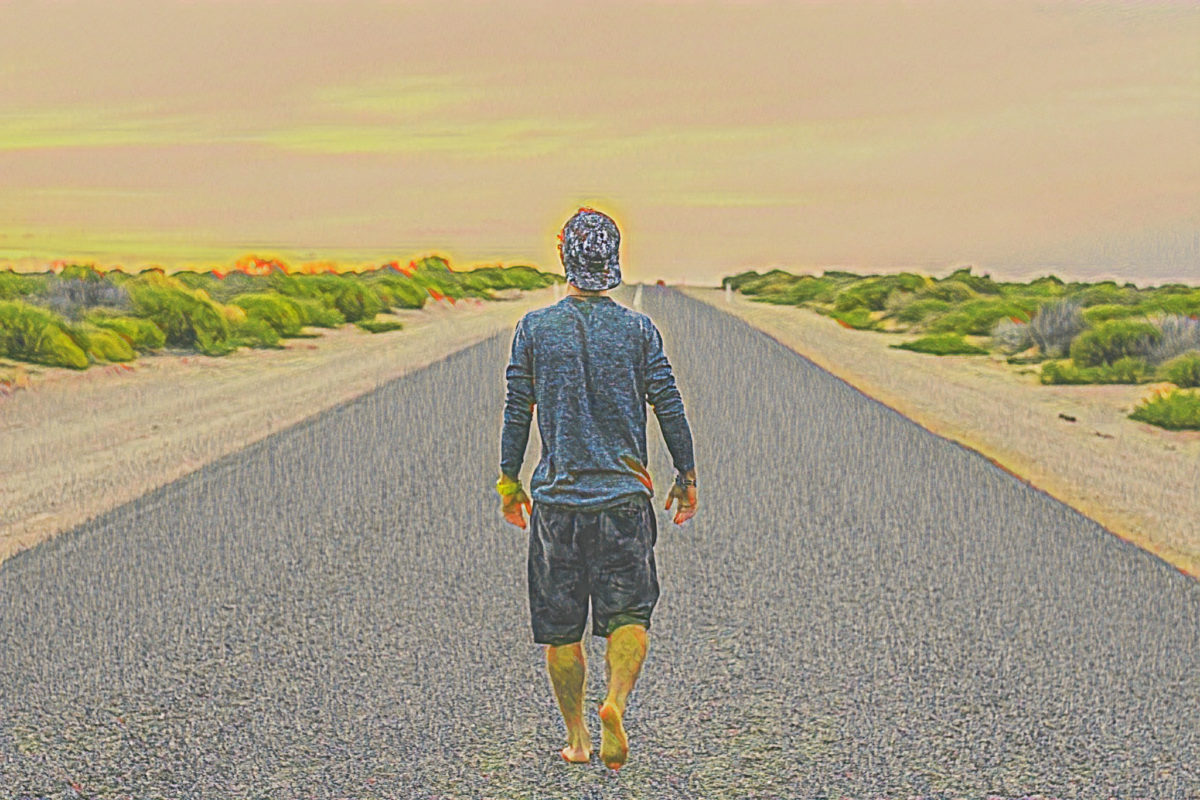 There are five hallucinogens or psychedelics that have been used in PTSD research. Psychedelics are the use of plant or plant compounds that can induce hallucinations. Hallucinations do not necessarily mean seeing things that aren’t there, it refers to an altering of normal sensory perception of the things around you and often a loss of self. Hallucinogens refer to a category of compounds that induce a wide range of psychological, cognitive, emotional, and physical effects.

The five hallucinogens that may have an impact on PTSD are MDMA, Ketamine, Psilocybin, LSD, and Cannabinoids. Cannabinoids are not technically a hallucinogen but are included here for review because it does alter perception.

In a 2021 study published by Mitchel et al., it was discovered that three doses of MDMA given in conjunction with psychotherapy over 18 weeks resulted in a significant reduction in PTSD symptoms and indicators of functional impairment. Treatment with MDMA resulted in a decreased activity in the amygdala of the brain and increased expression of brain-derived neurotrophic factor (BDNF). PTSD patients have a hyperarousal in the amygdala, so MDMA acting on this fear center in the brain could have positive therapeutic effects in dealing with exposure therapy.

MDMA also causes a release of oxytocin, often called the “love hormone,” a hormone and neurotransmitter involved in trust-building, love, empathy, relationship-building, and sexual activity. Oxytocin may facilitate the processing of fear-related trauma memories by inducing a form of positive “neuroplasticity” encouraged by the presence of oxytocin. Neuroplasticity refers to the brain’s ability to reorganize itself by forming new neural circuits and allowing the brain to develop new ways of coping with environmental changes.

The data from Mitchel et al. demonstrated that MDMA could be used effectively in conjunction with psychotherapy to treat PTSD without increasing suicidal ideation. It has been speculated that MDMA creates a “window of tolerance” whereby patients can revisit and process traumatic events without being hampered by hyperarousal and dissociative symptoms.

Research on the effects of ketamine on PTSD has been mixed. Case study reviews show improvements in symptoms of PTSD patients treated with ketamine, but they are short-lived. Since it does induce a dissociative effect, it has been known to either help or worsen PTSD in women. Based on limited data, it appears there are no common side effects to using ketamine.

Ketamine might affect PTSD through glutamate signaling. Glutamate is an amino acid that acts as a neurotransmitter carrying messages in the brain. Too much glutamate can be a problem, and ketamine reduces the influx of glutamate through specific receptors. The glutamate system has been shown to be intimately involved with memory processes such as reconsolidation and extinction learning. Ketamine enhances fear extinction in rodents and has demonstrated the ability to block memory reconsolidation. Memory reconsolidation involves already formed memories that are retrieved and somehow undergo change, similar to creating a new memory.

A 2021 analysis of PTSD and ketamine administration determined that ketamine was not effective in the short term for PTSD but should be considered an alternative long-term treatment for chronic PTSD patients in view of its potential to eliminate hyperarousal and avoidance and dissociative symptoms.

Due to its ability to improve neuroplasticity in the brain, the potential for ketamine as a PTSD therapy may enhance the receptiveness of psychological interventions in the days following ketamine administration. A 2021 case study of psychotherapy-assisted ketamine treatment in a chronic PTSD patient showed a significant reduction in symptoms after treatment, which was maintained for four months. The researchers identified new behaviors in assisting the client to respond appropriately to negative self-talk, catastrophic thinking, and feelings of helplessness.

A 2020 review of ketamine studies found the efficacy in the PTSD population to be low both in psychotherapy-assisted treatments and stand-alone ketamine infusions, especially when compared to MDMA.

Psilocybin has been shown to facilitate fear extinction in animal studies and to promote neural plasticity. It also slows amygdala signal processing, a problem PTSD patients have with hyperarousal. This slowing of activity may help PTSD patients process traumatic memories.

Research in 2020 on 18 participants who were enrolled in group therapy and received psilocybin demonstrated that the use of psilocybin was an effective and efficient means of delivering psychotherapy to a population who had to deal with traumatic events. Administering psilocybin in a group setting proved to be a cost-saving, efficient way of addressing social isolation, shame, and stigma. This effect was maintained at a 3-month follow-up.

Psilocybin has been shown to increase emotional empathy as well as to decrease the feelings of being socially isolated and rejected. In depression, participants reported increased feelings of being connected to others and reduced feelings of avoidance following psilocybin assisted psychotherapy. Depression often coexists with PTSD.

LSD is currently used in PTSD patients in Switzerland, achieving similar results as those conducted with other research subjects.

Active clinical trials using LSD in PTSD could not be found. Classical psychedelics such as LSD cause psychoactive effects that may enhance psychotherapy and changes in thought and behavior, but randomized clinical trials are not in the literature.

PTSD patients are known to self-medicate with cannabis, with many swearing by it to help deal with their mental anguish. A recent 2021 study designed to test whether cannabis affected PTSD symptoms came out with some surprising conclusions. The study used a double-blind, cross-over design where 80 patients were assigned to receive one of three active concentrations of smoked cannabis (i.e., high dose THC, high dose CBD and placebo). Surprisingly, all three groups improved in PTSD symptoms, including the control group, who often swore their placebo was the actual THC. Of all the choices, participants chose the high THC compound over the high CBD compound, but researchers noted no change between groups in symptom remission since they all improved. Further research is needed to tease out the contradictions in this study vs. self-reports of therapeutic use or case studies that have portrayed a positive relationship between cannabis use and PTSD.

The Rise of Psychotherapy in Psychedelic Treatment for PTSD

The use of hallucinogens on their own without psychotherapy yields limited results in PTSD. Having a therapist to help the process along seems to make a world of difference in effectiveness. There are three mechanisms whereby psychology gets involved with psychedelic treatment (usually in a clinical trial):

How Psychedelics Help the PTSD Patient 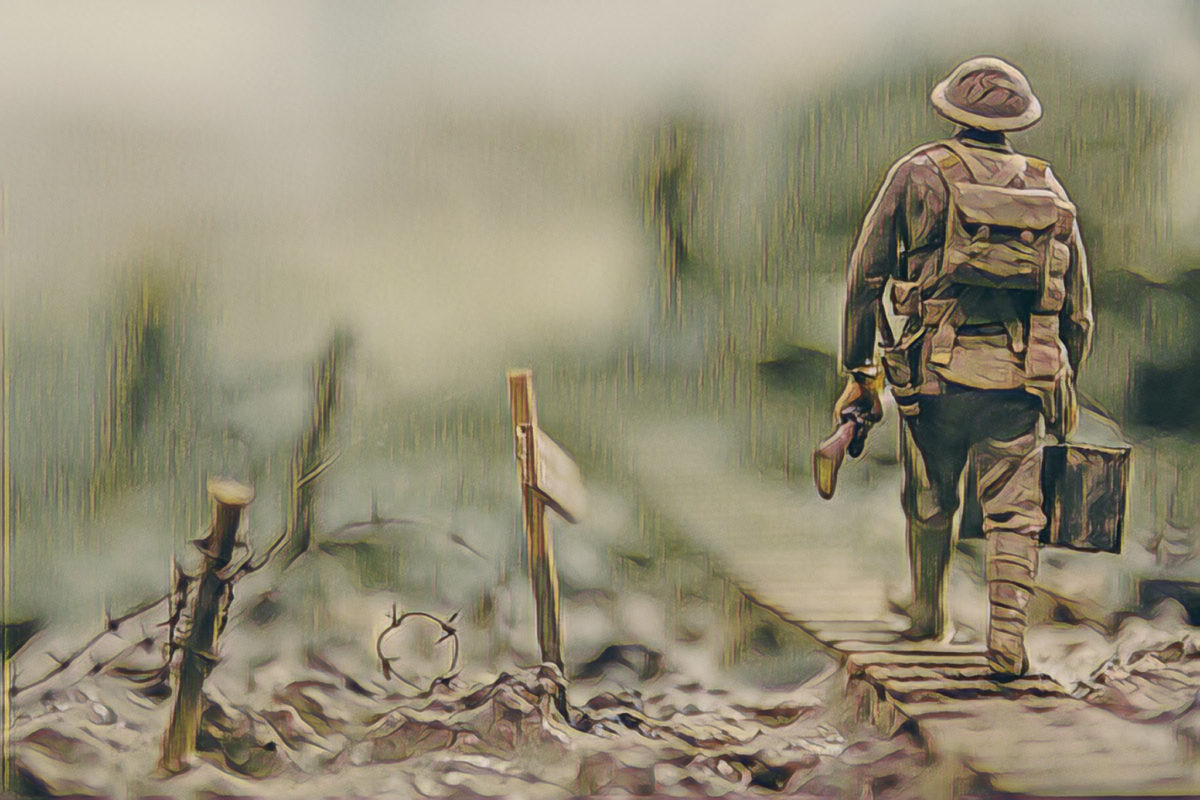 Psychedelics help the PTSD patient deal with trauma in many different ways and on several behavioral systems. Psychedelics can:

The use of psychedelics or hallucinogens in the treatment of PTSD represents a key area of research and one much needed. With the limited success rate of current therapeutic options, considering a novel approach such as psychedelics is warranted, but much more research still needs to be conducted.