If you're new to psychedelics, you might be unsure which method to choose when experimenting with LSD. In most cases, LSD is sold as a liquid or applied to gummies, sugar cubes, blotter paper, and even pills. But are there other ways to consume LSD?

It is known that there are many types of drugs available in smokable forms, such as Cannabis and DMT. This brings up the question, can you smoke LSD?

Please note that the content presented in this blog post is intended only for educational and harm-reduction purposes. We do not endorse the use or purchase of illegal substances in any way.

In this article, we'll discuss the concept of smoking LSD and answer whether or not it's a good idea to do so. We will learn what science has to say about it, as well as some of its cultural references.

What Happens When You Smoke LSD? 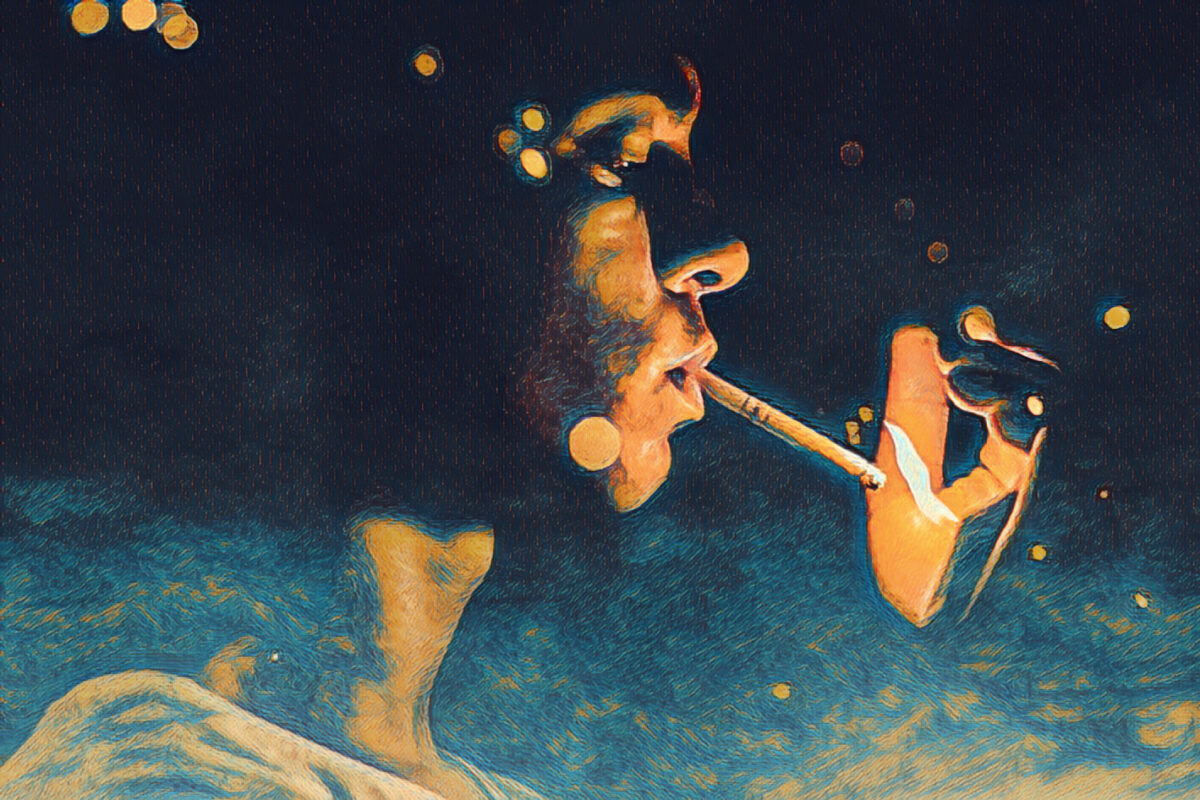 Although LSD is technically possible to smoke, it is improbable that you will experience any psychedelic effects after smoking it since the heat produced by the burning cigarette will damage the chemical substance, preventing it from acting as a psychedelic.

Cigarettes mostly burn at approximately 900 degrees Celsius, while LSD breaks down at about 36 degrees Celsius. This means that the heat of the cigarette will inactivate the substance before it enters your system.

In other words, you probably won't experience any psychedelic effects if you smoke LSD.

It is important to note that since LSD is exceptionally potent and measured in micrograms, even the tiniest bit can be transferred from someone's fingers to their mouth, eyes, nose, or probably any other bodily orifice. For example, suppose someone puts LSD on a cigarette filter, and the user puts it into his mouth (even before smoking it). In that case, he can ingest a portion of the substance and experience a full psychedelic experience. Nevertheless, smoking has nothing to do with this activity; it could just as well be a sugar cube or a blotter paper.

The bottom line is that even if you can technically smoke LSD, it isn't worth it. If you try it, you will likely be disappointed and waste your LSD.

So, where did this acid-dipped cigarette myth come from? Let's find out!

What Is an Acid-Dipped Cigarette?

In light of the fact that LSD does not produce a psychedelic effect when smoked, it makes one wonder where the term Acid-Dipped Cigarettes came from?

The term acid-dipped cigarette was used in one of the most famous Quentin Tarantino films, Once Upon A Time In Hollywood. Warning, there might be some spoilers if you haven't had a chance to watch this classic.

Even though the scene is entirely fictional, people who watch this movie may wonder if there is any possibility of getting high from smoking LSD. The answer is that there is probably no way to get hallucinogenic effects by smoking acid-dipped cigarettes.

Are There Any LSD Smokers Out There? 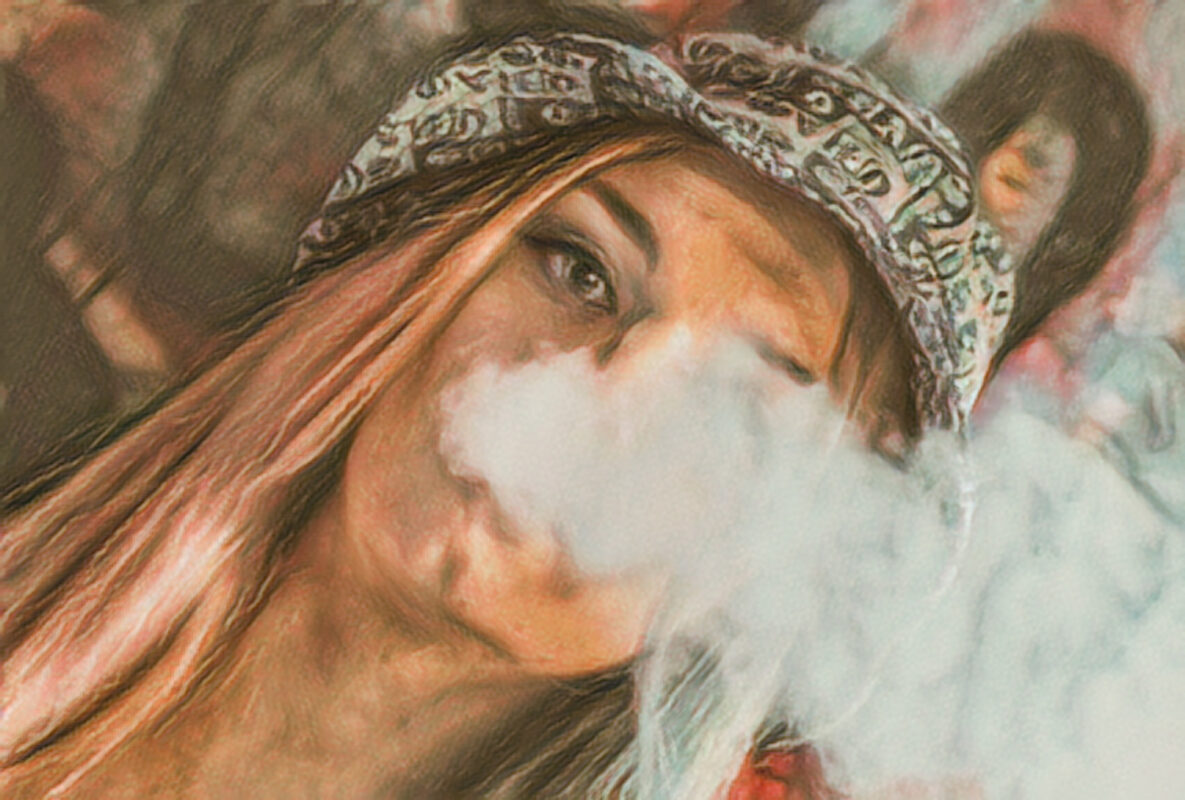 Maybe you're still wondering: has anyone ever hallucinated after smoking acid? As far as we know, there has not been any testimonial of someone who had a real psychedelic trip after smoking LSD. In spite of this, people are still curious, so it is no wonder that you can still find people discussing the possibility of smoking Acid on a variety of forums online. But, overall, they do not suggest smoking LSD at all.

“LSD is rather thermolabile. In other words, any attempt to vaporize LSD will destroy the molecules before they can be vaporized. Therefore, LSD cannot be smoked."

"The compound is very complex, and heat would most likely dissipate the acid."

What Are the Dangers of Smoking LSD? 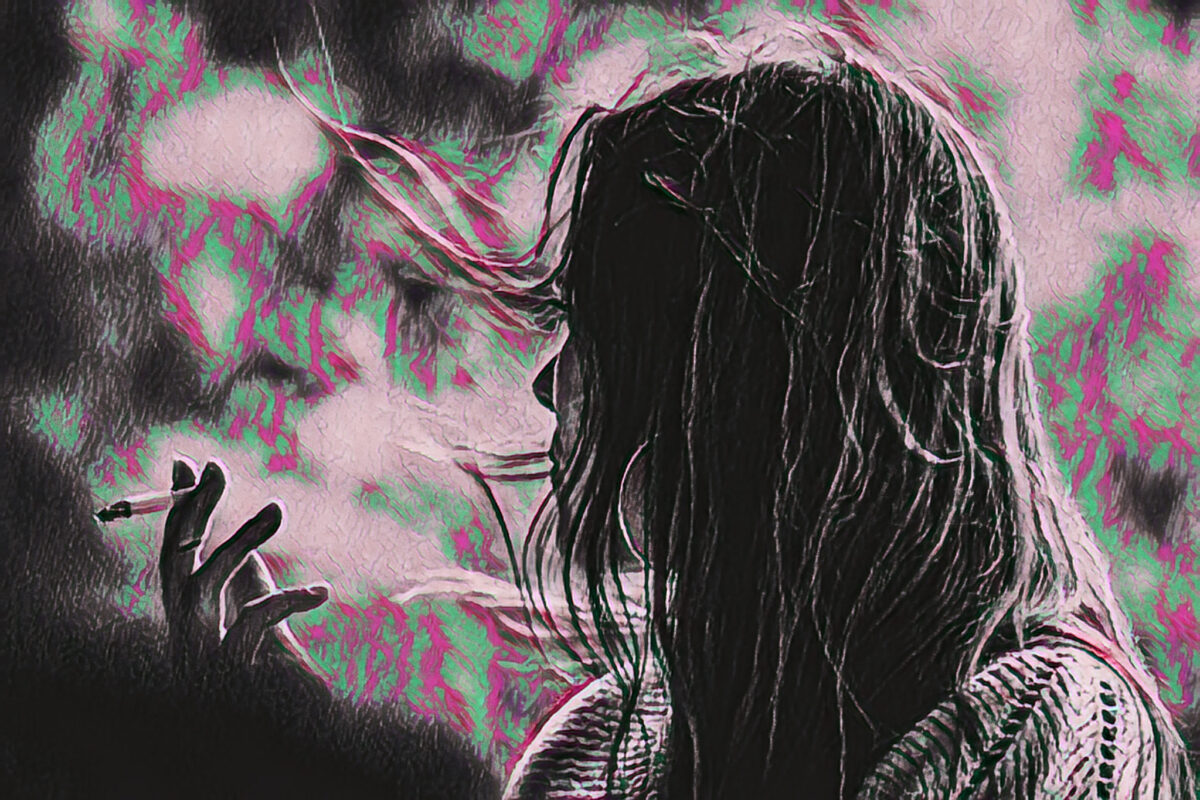 There are no scientific studies on the effects of smoking LSD; however, smoking other substances proved to be highly harmful to the respiratory system.

Whenever a drug is inhaled forcefully, this causes pressure to build up inside the air sacs of the lungs. This pressure initiates air leakage either in the space between the two lungs (pneumomediastinum) or the space between the lung and chest wall (pneumothorax). As a result, these two conditions can lead to respiratory failure.

Moreover, if you already have respiratory diseases, including asthma, bronchitis, and emphysema, smoking substances can worsen these conditions. 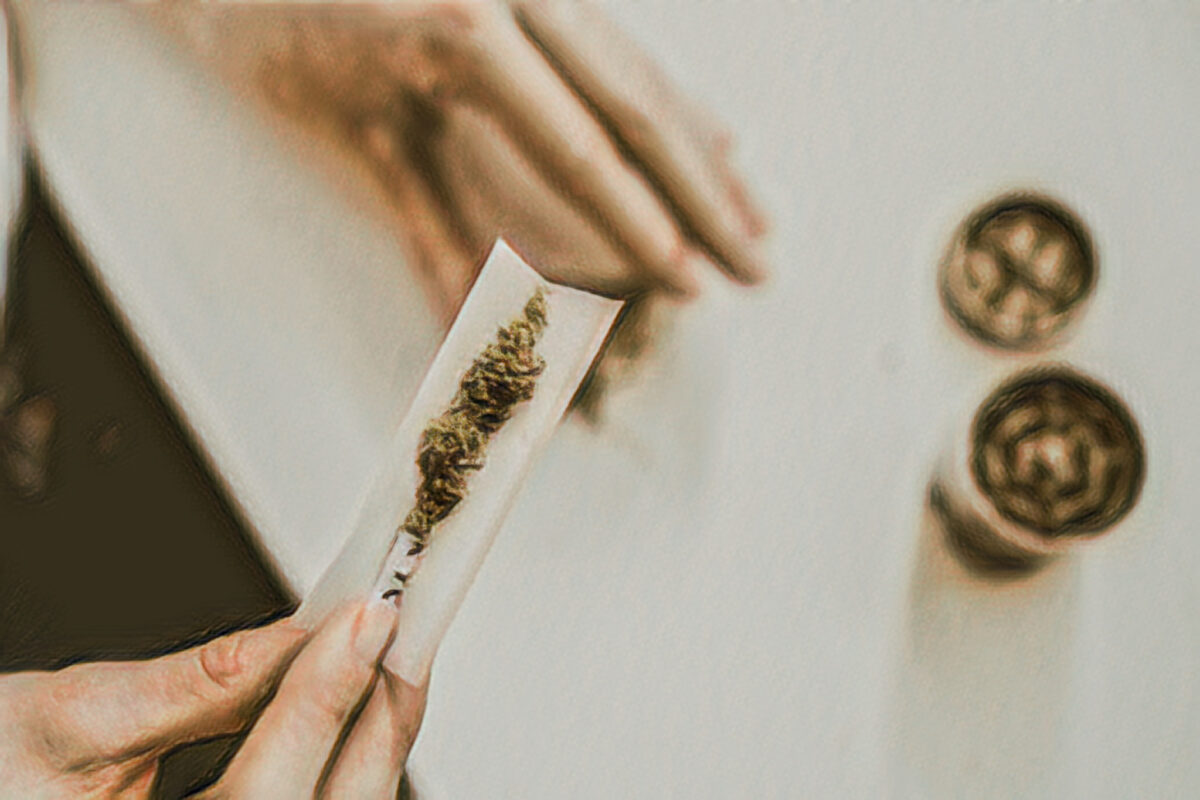 Regular marijuana users often wonder if it is possible to smoke weed while tripping on LSD. We do not recommend this combination since it has severe potential harm. Read below to see more about the potential dangers of smoking weed on LSD.

Smoking Weed While Tripping on LSD

It is considered risky to mix LSD with Cannabis. Further, there are serious side effects caused by this combination.

Here are some of the side effects:

Mixing LSD and Weed: Why it is a bad idea

Mixing LSD with weed may cause severe paranoia for some users, and as a result, they may not be able to act or think logically. Individuals may lose control or demonstrate non-normal behavior (more than usual while tripping). Some online testimonials suggest that people have experienced psychotic episodes associated with mixing marijuana and LSD. This mix probably isn't a good idea if this is the case.

Some People Mix LSD With Weed for a Reason 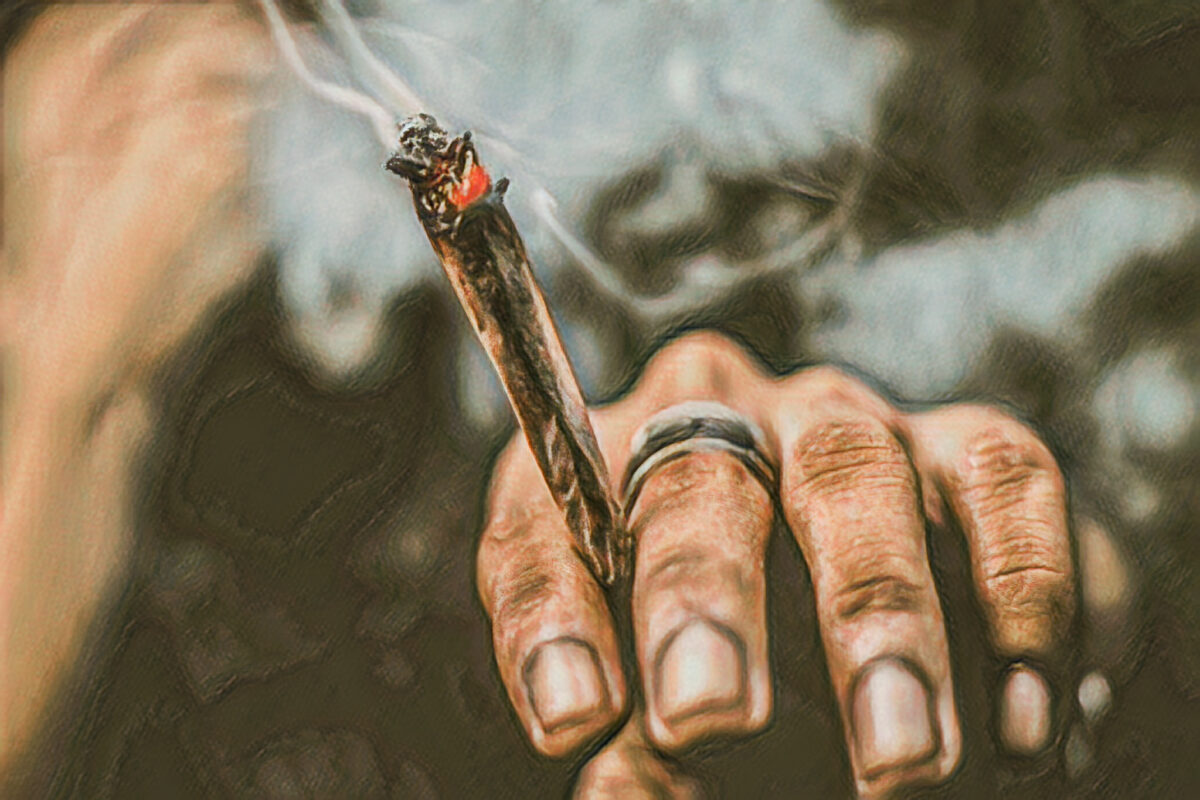 Anxiety, psychotic episodes, and bad trips are not always the case when mixing Marijuana and LSD. People have different experiences with this combination, so it is quite a subjective discussion.

In general, it is not a good idea to mix drugs. However, it is also important to note that some psychedelic recreational users consume cannabis while tripping, but mainly after the pick since the weed tends to make the entire psychedelic experience even more intense and somehow different.

Smoking marijuana can enable some people to transition from their trip to sleep easier; some want to intensify their experience, while others hope it will boost their appetite at the end of their trip and help them "sober up." Please note that no research has been conducted on any of this info, and it is based solely on anecdotal user testimonials.

Mixing drugs is never a good idea; LSD is powerful enough on its own.

What Is Smoking Wet and Wet Cigarettes? 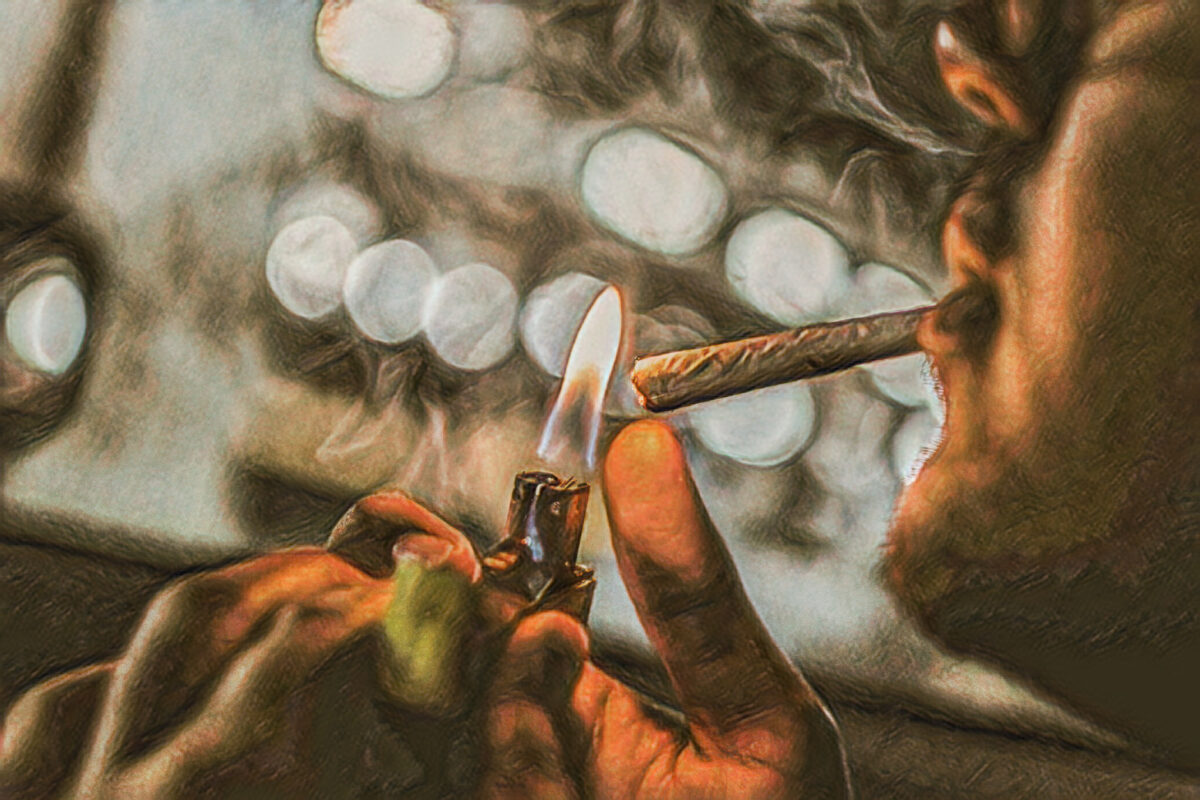 If marijuana or tobacco cigarettes are laced with other substances, it is called "Smoking Wet."

Let's talk about the "Smoking Wet" concept and see if it has anything to do with LSD.

What is Laced Weed?

Smoking Wet is a non-conventional method of consuming tetrahydrocannabinol (THC) chemicals or tobacco. In this method, Marijuana cigarettes or tobacco cigarettes are dipped into other chemicals, including formaldehyde and phencyclidine (PCP). The most used one is lacing marijuana with formaldehyde mixed with PCP.

PCP is a synthetic drug that activates glutamate, dopamine, opioid, and nicotinic receptors in the brain and initiates euphoria and hallucinations. When mixed with marijuana or tobacco, the effects become stronger and even more intense. A case report was conducted in 2013 on respiratory failure related to smoking tainted marijuana cigarettes by Christopher R.Gilbert, Micheal Barram, and Nicholas C.Cavarocchi. In this report, they observed two hospitalized patients due to respiratory problems caused by "smoking wet" marijuana.

The term "Smoking Wet" generally refers to marijuana and cigarettes mixed with other substances like PCP, but it seems to have nothing to do with LSD.

Smoking is Harmful and Worthless 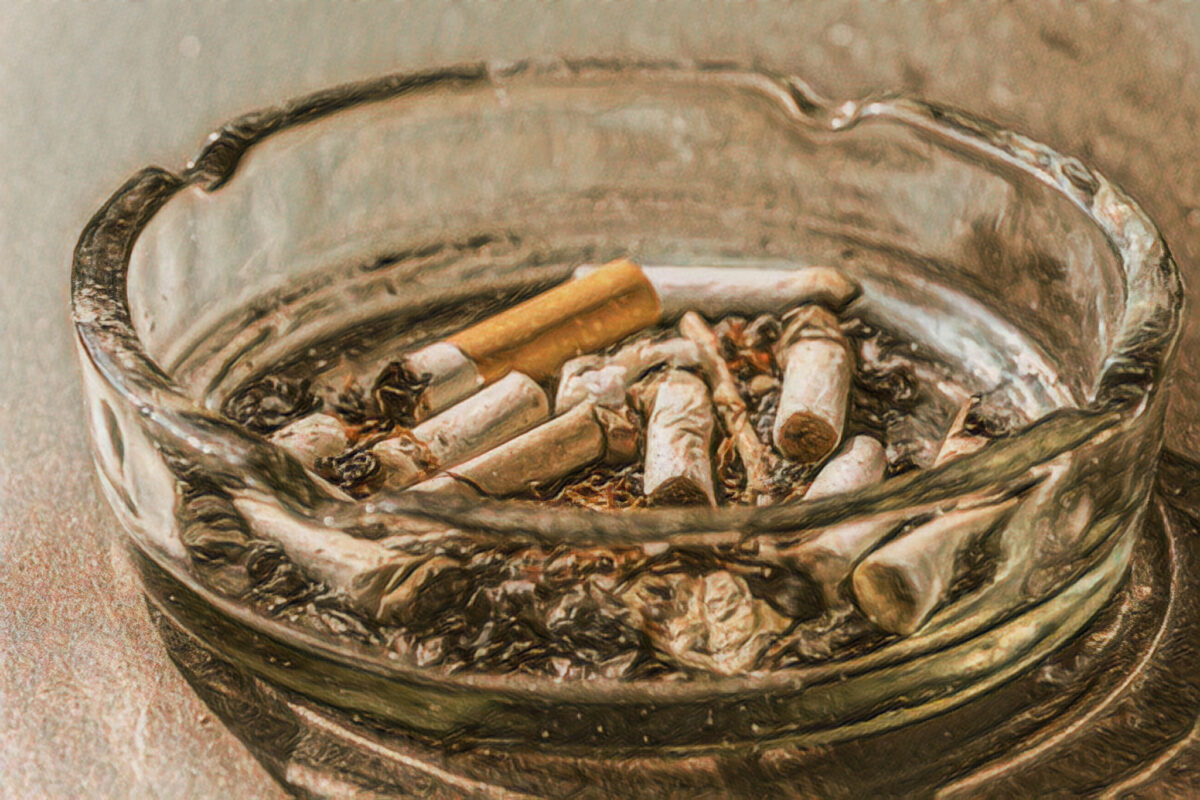 Smoking itself has serious harm to the body. Below there are some of the side effects of smoking:

If you're not a tobacco smoker, the smartest decision, even if you use psychedelics for recreational purposes, is to get as far from cigarettes as possible since they are dangerous and very addictive. There is no good reason to add nicotine and cigarettes to your psychedelic experience.

Furthermore, when under the influence of psychedelics such as LSD or shrooms, many smokers, even chain smokers, find cigarettes disgusting. 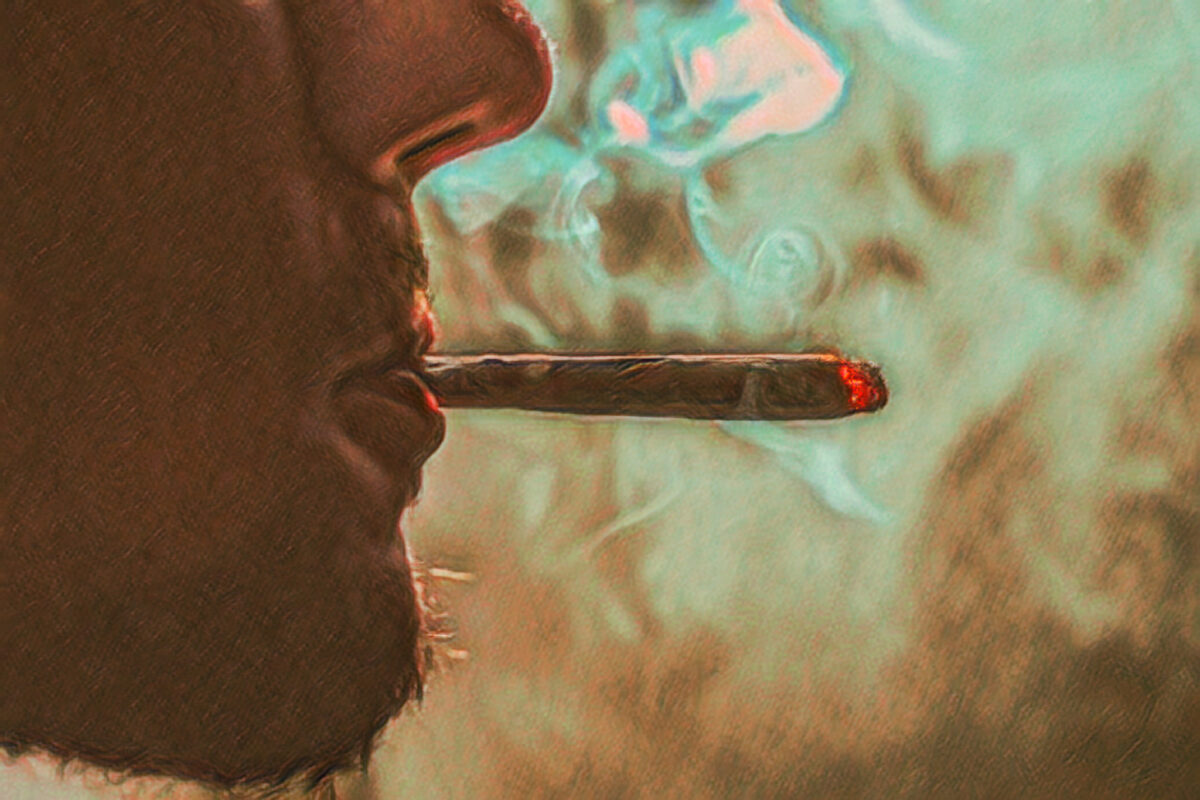 There does not seem to be much point in trying to smoke LSD since you will not experience any of the psychoactive effects, and you will potentially just hurt yourself. Furthermore, combining LSD with other psychoactive substances before, during, or after the psychedelic trip is not recommended. LSD is a powerful hallucinogen, and there is no need to mix it with other substances.

Here are some suggestions for harm reduction:

In general, old-school traditional ways are best for consuming LSD. Smoking acid or shrooms has no positive value or effect.

Instead of reinventing the wheel, we suggest you take the time to learn about various harm-reduction practices and be mindful of your decisions so that when you find yourself in a challenging psychedelic experience, you will be able to help yourself and your friends.

Remember to be safe and always do your research before taking psychedelics!