If your dog ate magic mushrooms, you should immediately contact a vet, especially if your pet is acting weird. Professional help is vital if your furry friend eats wild mushrooms - some can be fatal.

What To Do If Your Dog Ate Shrooms Right Now? 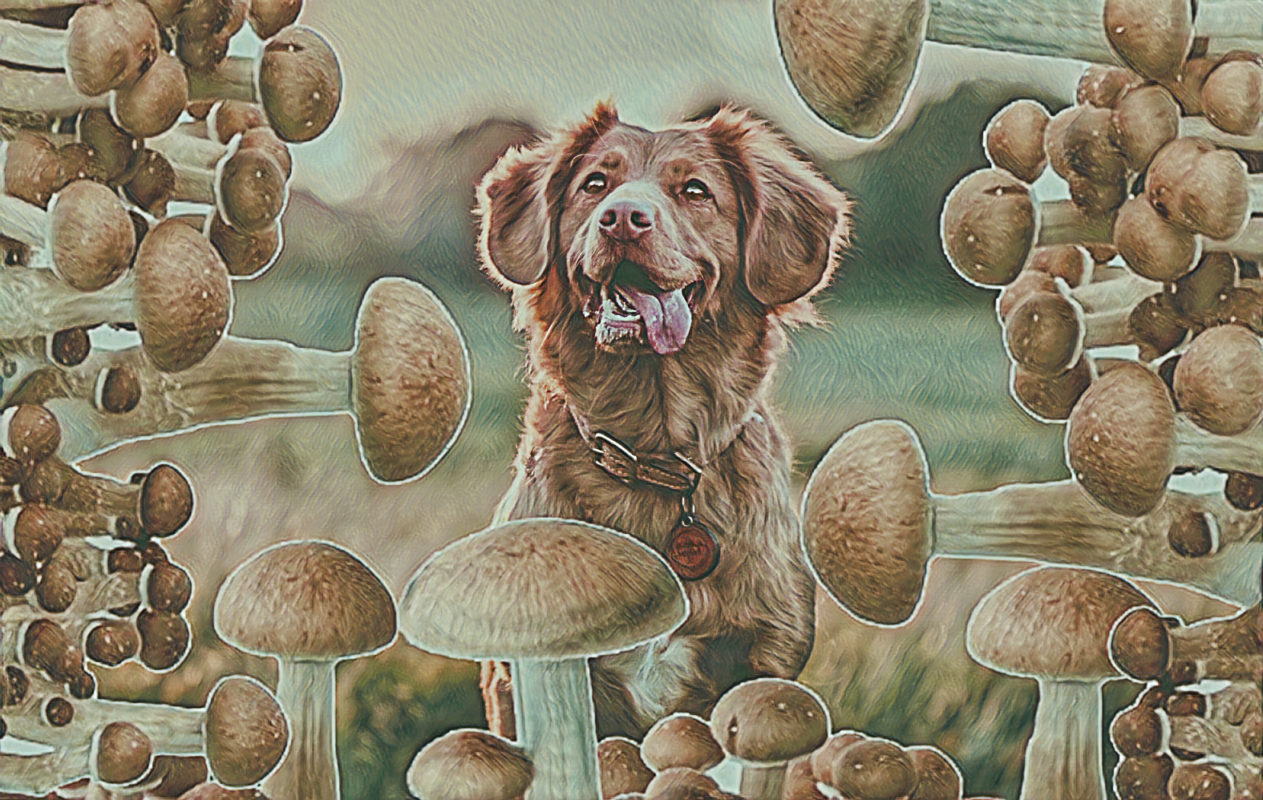 Here is what to do if your dog ate psilocybin mushrooms:

Only a vet can treat mushroom poisoning in dogs. Don’t try to do anything yourself. The best thing you can do for your dog is to take it to a professional as soon as possible. A vet can then:

Are Magic Mushrooms Dangerous for Dogs? 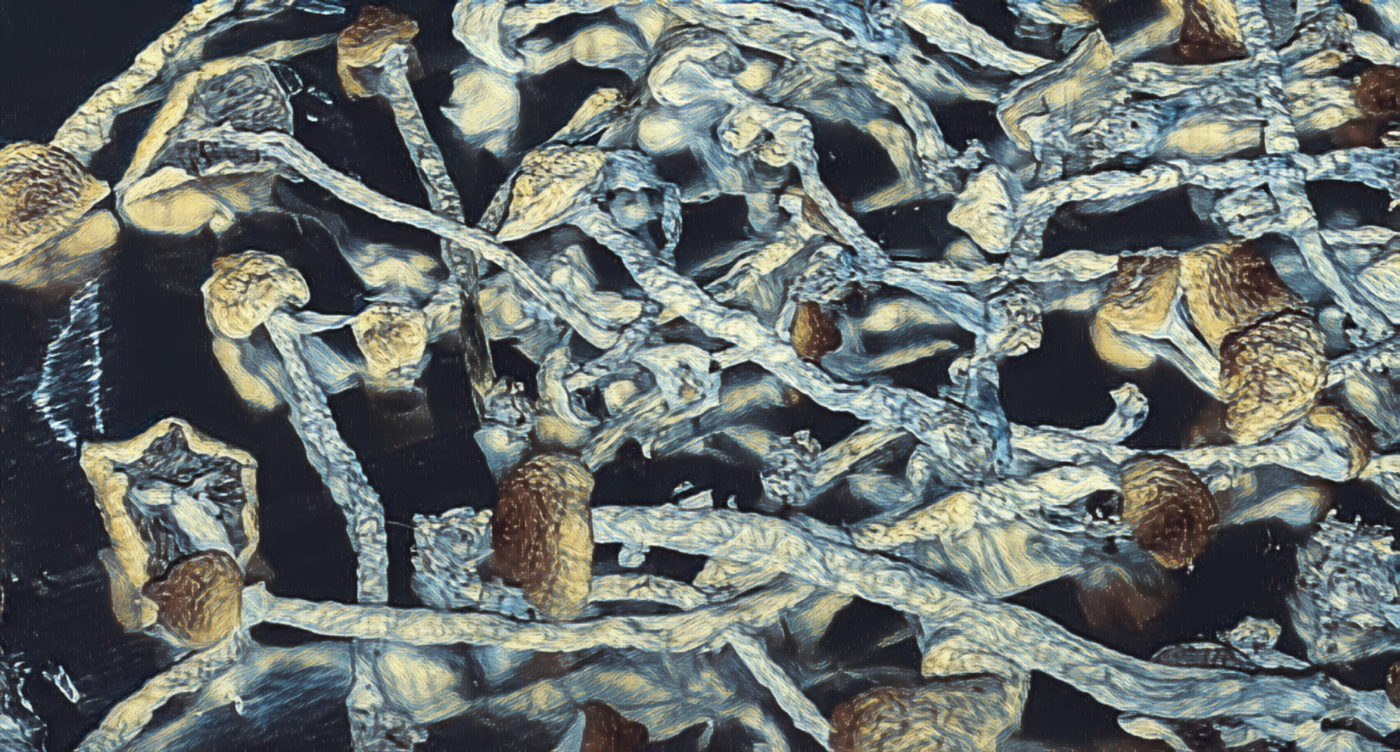 Magic mushrooms aren’t typically life-threatening to dogs and other pets. If your dog munched down a baggie sitting on your coffee table, their life probably isn’t in immediate danger, but this depends on the dose and type of shrooms. Still, even if you don’t need to be afraid for your dog’s life, you should see a vet.

Many dogs have successfully tripped on shrooms. A Labrador named Miley became famous on Tik-Tok after consuming some mushies, and the video of her tripping shows her to be fine, if not a little confused. The owners were relieved their dog was okay and simply laughed that they had “spent 140 dollars to find out their dog was high.” The comments section blew up with insights like “he’s realizing his name backwards is god.”

Dogs eating mushrooms isn’t that uncommon, but it can be fatal if they eat the wrong ones. Dwyane “The Rock” Johnson lost his french bulldog “Brutus” after the pup ate highly toxic mushrooms and experienced liver failure. The fungi that Brutus ate were not common magic mushrooms but a highly poisonous variety growing locally. Dwyane encouraged dog owners to be “mindful of mushrooms in your yards, parks or anywhere outside your dogs play. What looks innocent can be deadly to your lil’ family members.”

Symptoms of Mushroom Poisoning in Dogs

If you are not sure exactly what your puppy ate, be on the lookout for these symptoms of toxic mushroom poisoning.

Signs that your dog ate hallucinogenic mushrooms, some additional symptoms could include:

These signs that your dog is tripping out could also indicate the dog has been licking or eating the psychedelic toad Marine Toad (Bufo Marinus) or the Colorado River Toad (Bufi Alivarious.)

These toads secrete toxins containing highly psychoactive molecules like 5-MeO-DMT as protection. These compounds are highly toxic at certain concentrations, so if you live in the Southern states where these toads are active, it is something to talk to your vet about.

Dogs can get curious about these toads, and there is even a National Public Radio episode that documented how one cocker spaniel named “Lady” apparently “Loved to Suck on Toads.”

Can You Feed Your Dog Shrooms? 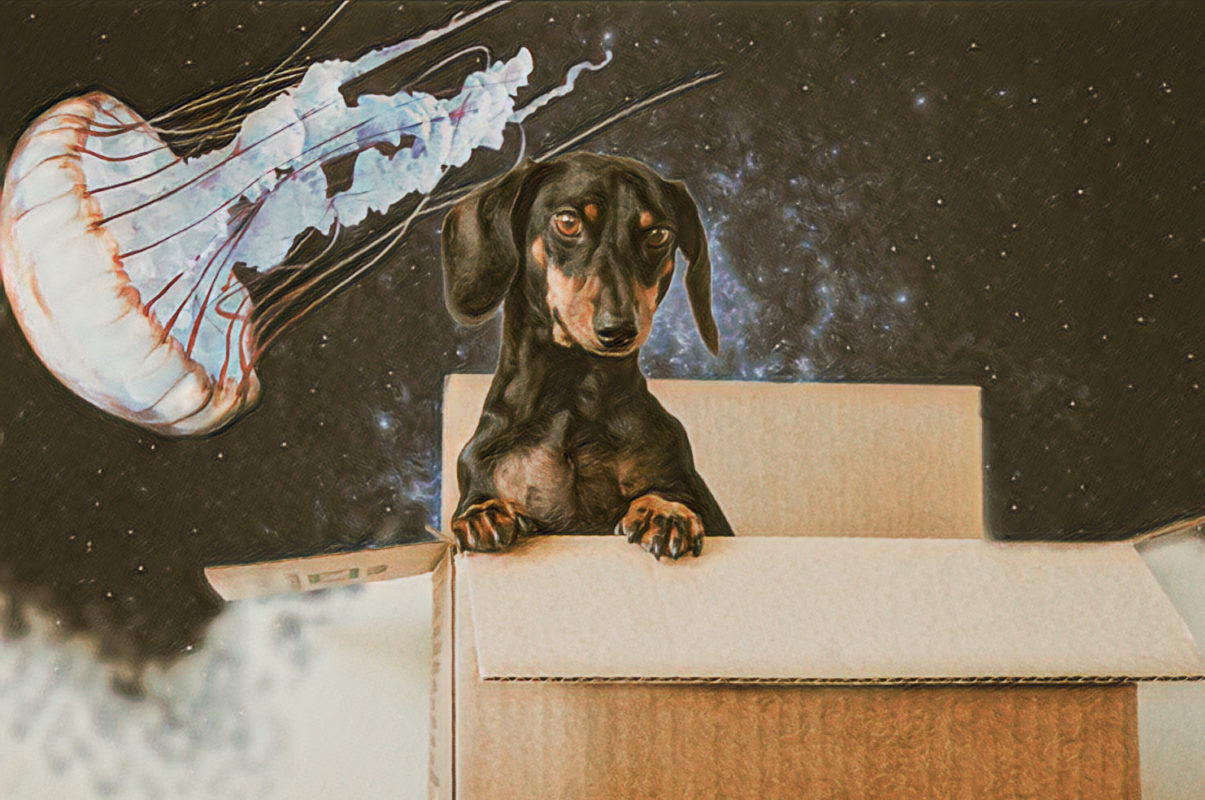 Absolutely not! Do not feed your dog magic mushrooms!

Although there are stories about dogs tripping and seeming like they love it. This does not mean you should assume they will enjoy the experience and that it will be safe for your dog.

Think about it. Would you want to be unexpectedly dosed with a powerful psychedelic? What if your dog starts to have a bad trip could it hurt someone or itself?

What if he will develop a liver problem, a digestion problem, or even worse? This is a terrible idea that can result in the loss of your pet.

In an interesting discussion on a mushroom forum, someone points out that you can’t just explain to your dog they are tripping and that it will be over soon. Psychedelic use requires mental preparation and integration - you don’t know how to do that with a dog. And psychedelic use should always be consensual, even between animals and humans!

Do Dogs Get High On Mushrooms? 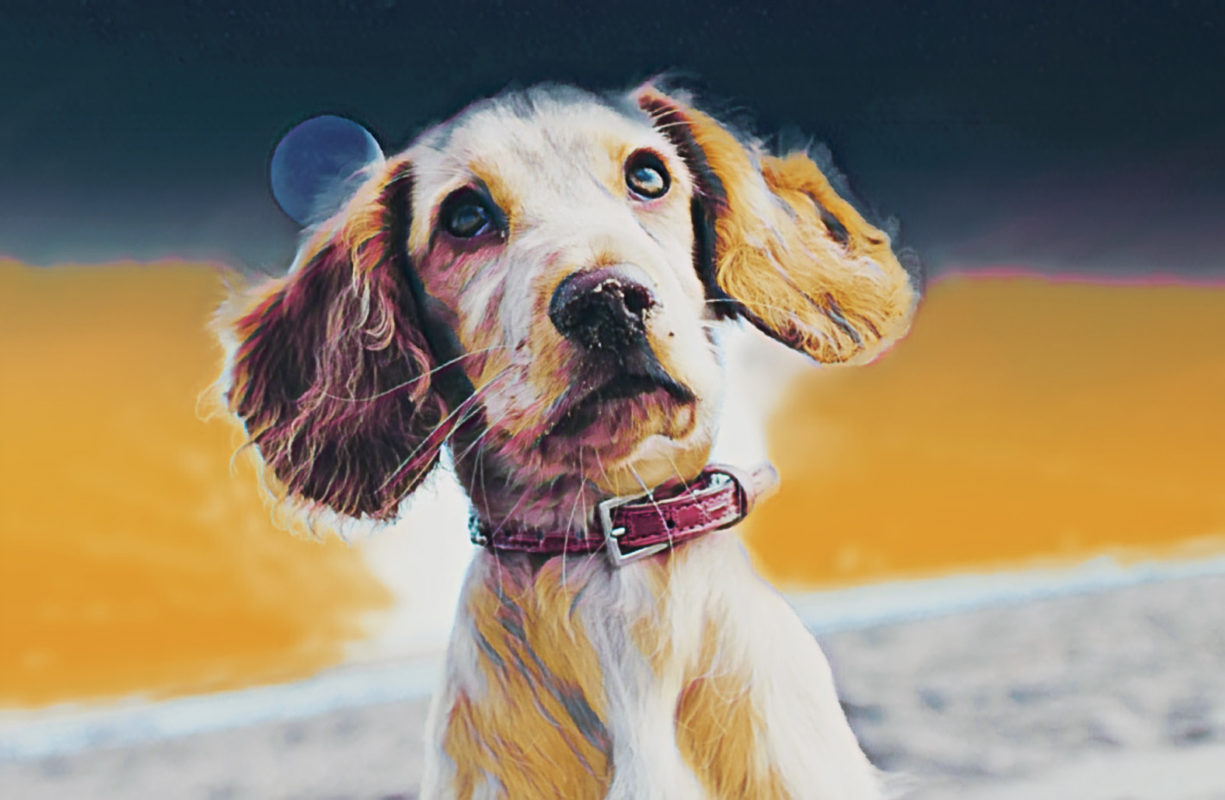 Animals eating psychedelics or seeking out other psychoactive substances is pretty well documented in the animal kingdom. Ever watched a cat with catnip? Or is this bear cub gorging on psychedelic Amanita Muscaria mushrooms?

Like humans, dogs can get high from eating psychedelic mushrooms, but there has not been much research on how psychedelics affect dogs. Observation makes it clear that dogs are entering an altered state after eating shrooms. For example, this Youtube video shows a border collie named Roxy who intentionally finds psilocybin mushrooms and munches them.

We can’t just ask our pets what they are experiencing on a psychedelic. Still, LSD researcher Albert Hofmann has expressed in his book “LSD My Problem Child” that observing the effects of psychedelics on “higher animals” like dogs is easier. This is because we can understand their expression with more clarity as opposed to something like a fish. 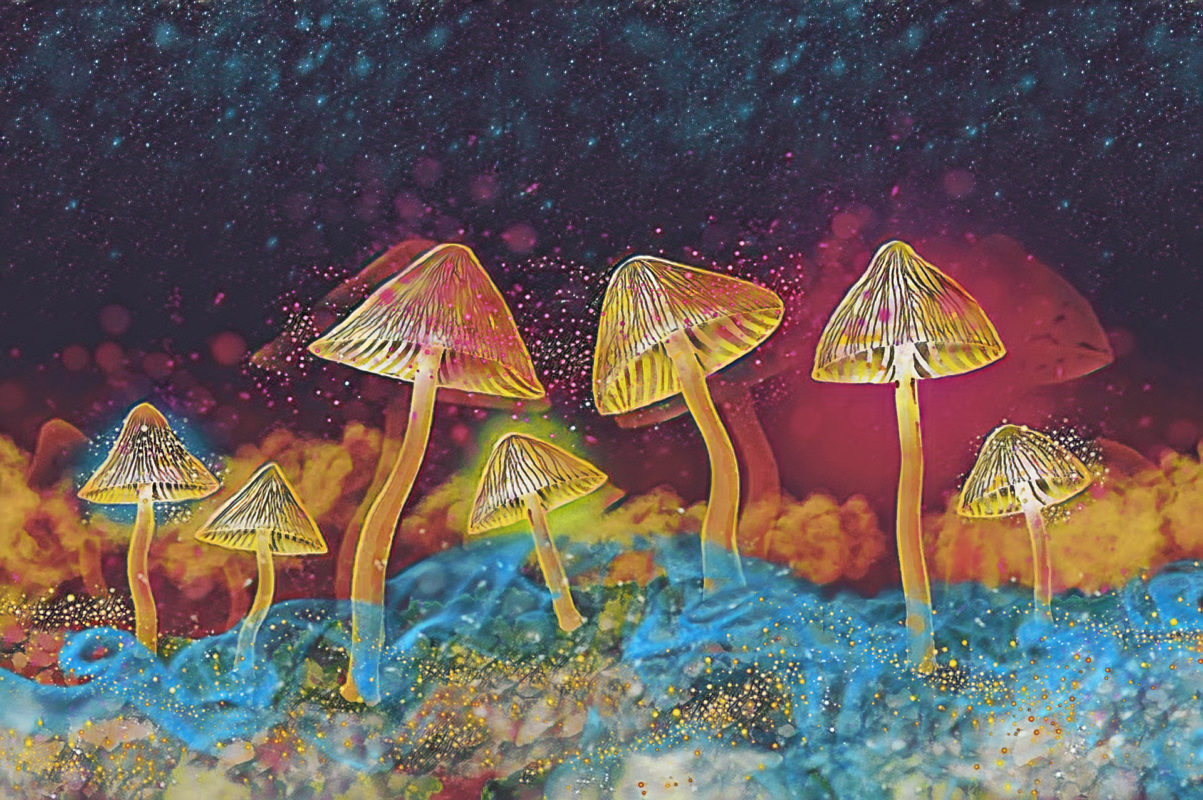 Science on how dogs specifically are affected by mushrooms hasn’t been a high priority for researchers. But like most other areas of psychedelics, the traditional use has thousands of years of experience. However, Indigenous use offers hints, including the effects of various psychoactive substances on dogs.

A study published documents that giving dogs psychoactive plants has been recorded all over the world. The most detailed analysis of this phenomenon was conducted in the Amazon Basin in Peru and Ecuador.

Both dogs and plants are a very normal part of life for the Shuar and Quichua tribes. Dogs are seen as equal in the tribe, not as pets, but as sovereign beings with a soul. Just as anyone in the tribe would give a person plant medicine, dogs are also given plants for healing or to improve their hunting abilities.

There are over 40 plants recorded to be given to dogs. Some are blown up the dog's nose, and others are fed to the dog. The uses are reported to enhance the smell, improve night vision or improve connection and communication with humans. Some of this is hard for Western rational minds, like giving canines hallucinogenic plants to have visions of prey.

We still have to understand a great deal about indigenous plant medicine. The authors of the paper did suggest that active compounds in the plants could, in theory, improve a dog's sense of smell or focus.

This has led some to question if there are other performance-enhancing qualities to some plants given to dogs. And even if these plants could improve the sense of rescue or bomb-sniffing dogs. 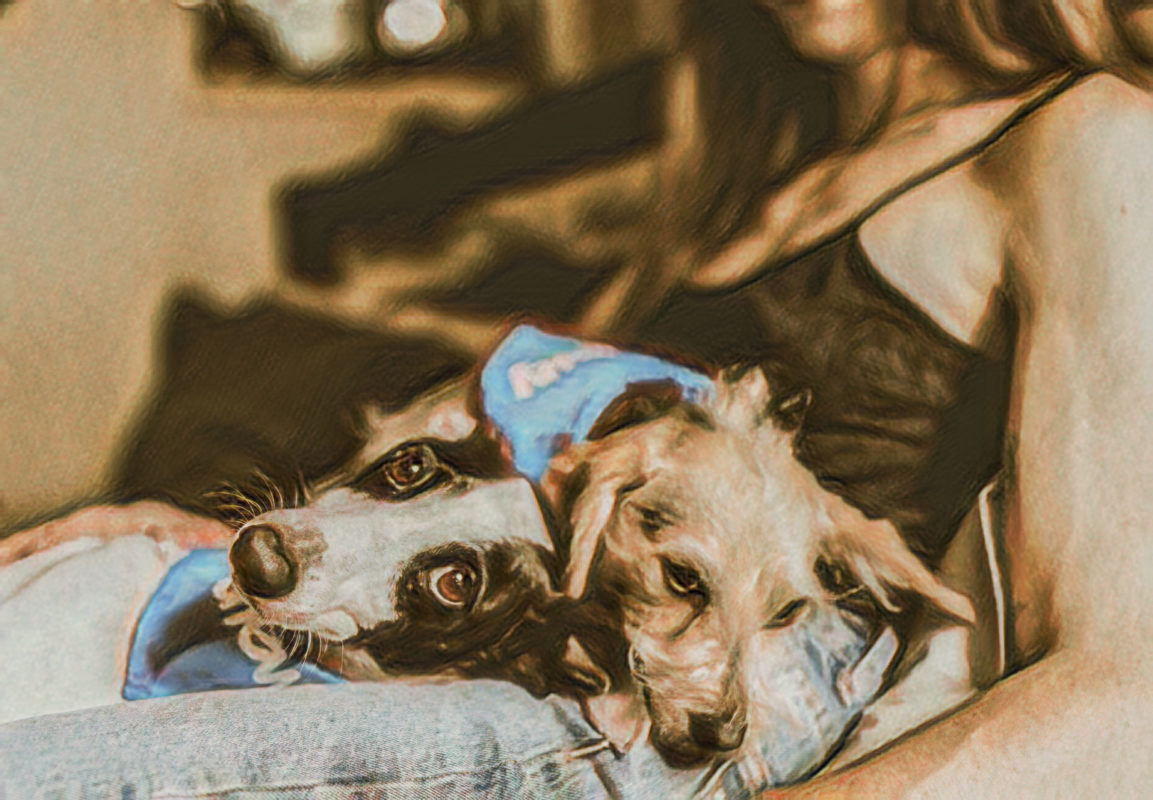 We found Redditors speculating on the “Stoned Dog Theory,” which echos “Stoned Ape Theory,” suggesting magic mushrooms played a role in human evolution of consciousness was created by Terence Mckenna and further popularized by Joe Rogan.

While a fun stoner thought, we couldn’t find anything to back it up. But it does make one wonder how much of the ideas about the effects of mushrooms on humans could apply to dogs like, can mushrooms change their personality? 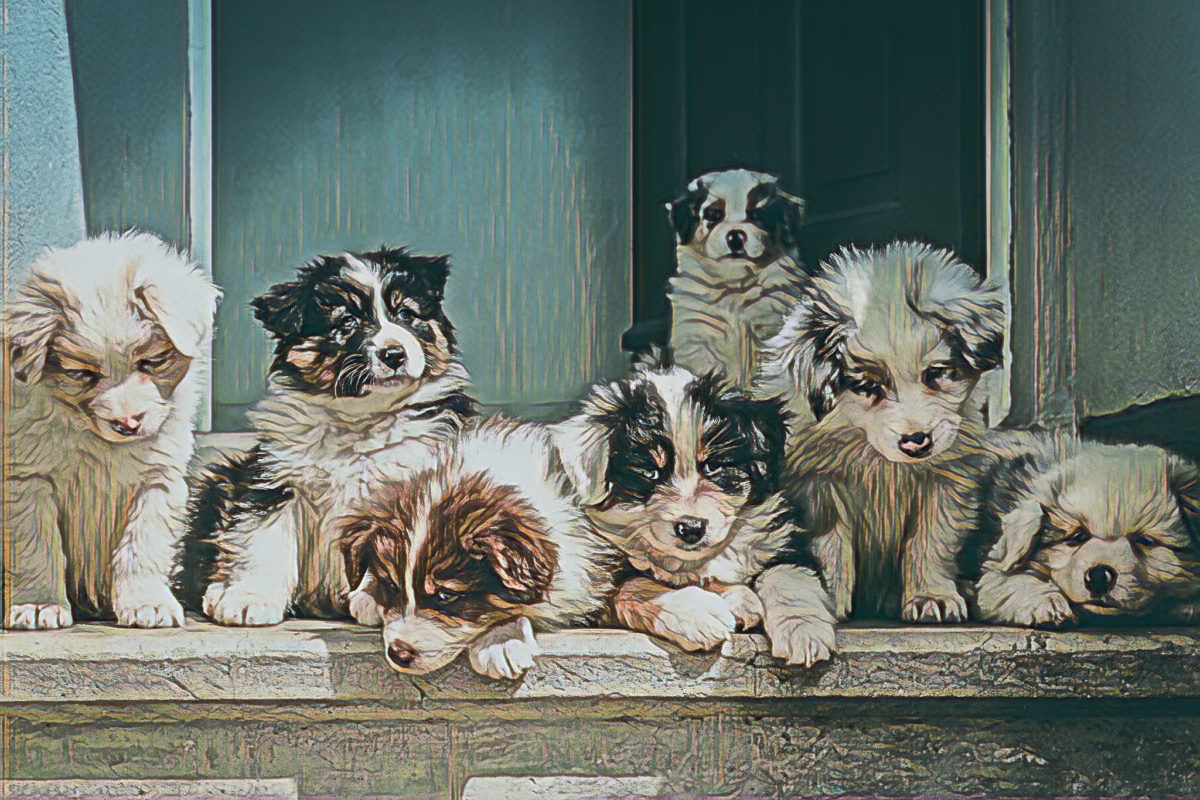 Dogs like Roxy are said to seek out and consume mushrooms all on their own. They can likely recognize specific mushrooms because dogs have more than 50 times the receptors to identify smells that humans do.

Because of this, some dogs have been trained to find mushrooms. Truffle hunters who seek underground mushrooms. Trained canine companions recognize the unique scent of truffles when they are fresh and underground.

You might be wondering at this point if police drug dogs can recognize mushrooms with their powerful noses. If they can find a specific mushroom underground, it should be no surprise that dogs could probably find psilocybin mushrooms.

However, training drug-sniffing dogs is a highly labor-intensive and expensive practice. There are a limited number of drug-detecting dogs in the world, and each other is generally only trained to detect 3-5 different drugs. These drugs are usually limited to more “problematic” drugs like cocaine, heroin, or in many cases, marijuana.

So just like in drug testing for work, psilocybin mushrooms are typically not a high priority for law enforcement. We couldn’t find an official source confirming or denying if any police dogs can detect magic mushrooms. It seems unlikely, although theoretically possible.

What you Need to Know About Dogs and Psychedelic Mushrooms 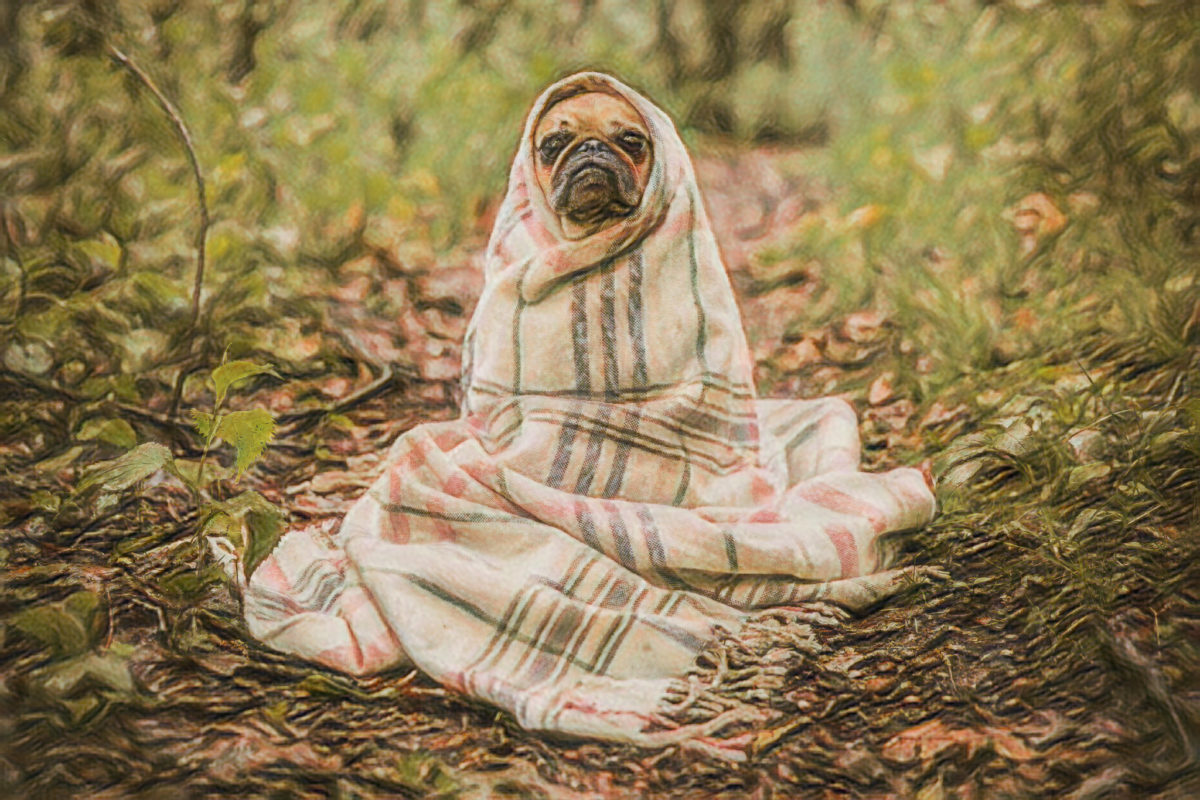 It’s important to understand that psychedelic mushrooms will undoubtedly affect your dog.

If your best friend has eaten magic mushrooms, be smart and go see a vet right away! Although cases of death are rare, they do happen!

If your dog is exhibiting the symptoms of mushroom toxicity, get them to a vet right away for treatment. Vets can pump the dog’s stomach and monitor vitals like heart rate and breathing. Treatments like inducing vomiting or understanding vitals should be left to a professional.

Dogs are curious creatures and are very good at recognizing mushrooms. It’s pretty common for dogs to explore things they find in the world by eating them, but it’s best to leave this exploration to the dogs on their own - as in, don’t assume your dog is interested in exploring consciousness on psychedelics.

Patrick McConnell is a freelance writer who first became fascinated with psychedelics during an anti-drug presentation in high school. In a past, he has worked as a treeplanter, orchardist, and cannabis farmer. Then he drank ayahuasca, quit his job, sold everything he owned, and now resides in the Peruvian Andes with his wife and cat.